One of my favorite whiskey's is Buffalo Trace bourbon, which I found several years ago to be a nice, down-home-plate rendering of bourbon whiskey.  just what you'd expect.  More vanilla notes than others, but all-in-all, a nice, respectable bourbon whiskey. 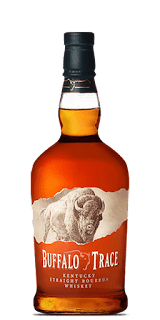 For years it was a standard o the consumer shelves.  You could buy it at Sam's Club in the mid-$20 range.

The last time I was in Sam's Club, I didn't see it.  SO, the last time I went to my local liquor store, I looked for it. Nope.  I guess everyone else found it and started buying it up.  And that's the problem with good whiskey.  It takes a minimum of two years to make straight whiskey, and four years to make bottled-in-bond, and if you sell all the four year old whiskey, you'll never sell any six year whiskey.

According to this article, Buffalo Trace knew it had a problem and decided to expand.  That's good news for bourbon drinkers, but the answer is four to six years down the road.  The bourbon they make today won't be ready for a while.  I still have my bourbon, and demand doesn't seem to be a problem.

My current favorite is Evan Williams Bottled inn Bond, and I hope that the supply of that stays consistent with demand

Gah, hate that carburator cleaner!
Try Chattanooga whiskey if you can find it. Good stuff.