No not the old joke about the unfortunate Native American boy.

While the kids are on break, we're baby-sitting two dogs. 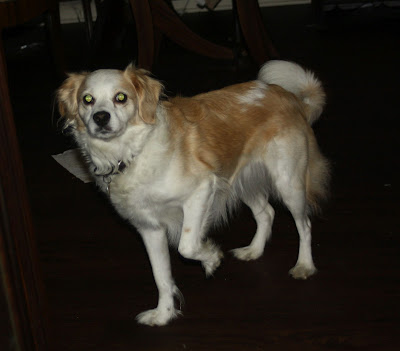 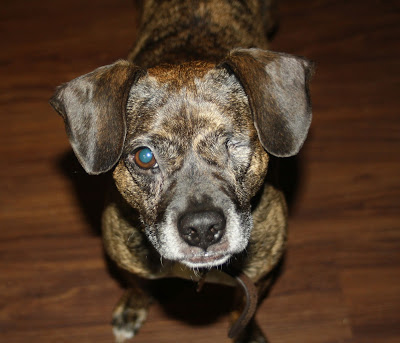 That's Frances, the one-eyed Mountain dog.  They found her on a mountain in Arkansas, and after trying to find the owner, brought her home.  She's an affection-sink.  She'll climb up on you, one paw at a time, if you let her.  I believe that she'd perch on top of my had if I let her.  Frances is also perpetually hungry.  We have to watch her intake, because she will scarf anything that she can get her lips around.

The dogs are doing fine, ad the kids will be back Saturday night.  Our dawg, Beau, is doing just fine, although he is a bit perplexed at these two being in the house.