I fondly remember the 2000 presidential election.  I was dating a woman who supported Al Gore, while I supported George W Bush. We were both frustrated when the election hanged on the chads in Florida and it was Too Close To Call.  Florida has since cleaned up their act, and votes are counted quickly.  We knew who won in Florida within five hours of the polls closing.

But, this morning after the election, we are still awaiting totals from Arizona, Georgia, and a number of other states.  For example, the US House races still outstanding. 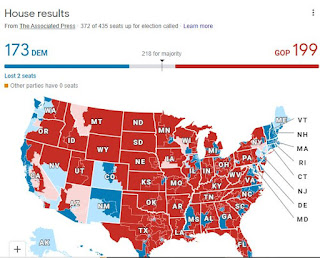 And, the US Senate 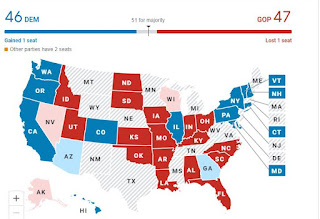 Whether you are a Democrat or Republican, or some in between, we need to do better.  People need to know who won, and dragging it out doesn't help to engender confidence in the process.  Arizona and Georgia really need to clean p their act, along with several other states.  We should know who won an election by daylight the next day.

Yep, I had the same thought last night, especially when they said 'some' locations might have results by Saturday!