We were talking about Remington Model 700 rifles at this forum, and I happened to remember that Remington used to stamp their rifles with date stamps.  Wisner's Inc has thoughtfully put together a page that let's us use those cryptic stamps in an attempt to understand when our Remington rifles were manufactured.  This information is trivial at best, but some folks like to follow trivia.  If you read the Wisner's page, you'll notice that Remington quit stamping rifles in 1999, which will also give you information on the date your rifle was made, eg, no date stamp, it was made after 1999.


The date stamp is found on the top left of the barrel near the receiver ring.  It looks something like this. 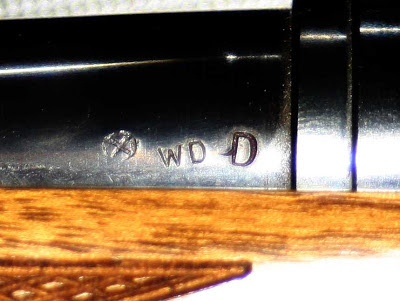 With that knowledge, I can surmise that my particular rifle was probably manufactured in August 1983. That knowledge isn't particularly useful, but it is something that gun enthusiasts like to talk about.

Thank you, very much.

Thanks, I'd lost the Wisner link!