Those few of you who regularly read this little blog know that Milady has a fondness for .32 caliber revolvers.  Her carry piece was a Colt Pocket Positive in .32 SW Long. 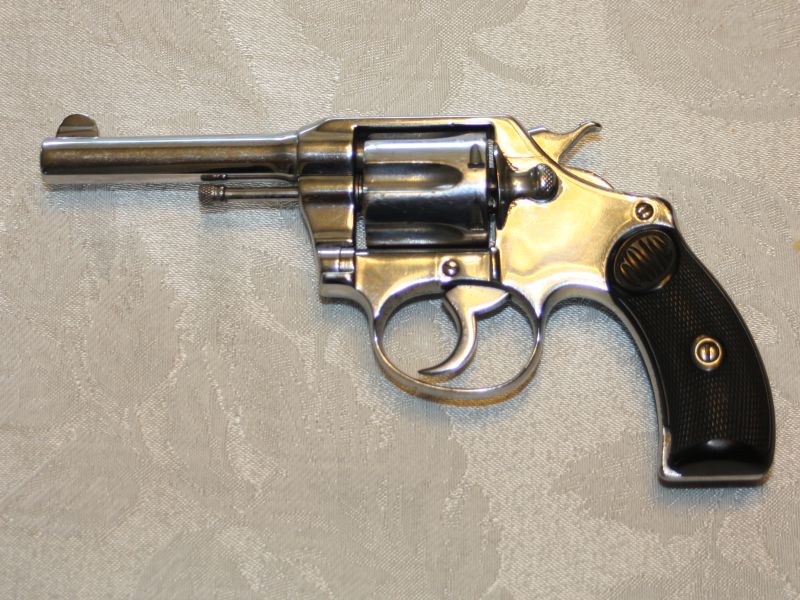 She loved that little revolver, but it was burgled from our vehicle last April while we were traveling.  So, since then I've been on the lookout for another one, simply because she loves the little D-frame revolvers, and .32 caliber cartridges.  Her daddy carried a .32 and that's good enough for me.

A couple of days ago I was cruising though my favorite pawn shop and spotted a familiar profile in the handgun case.  Closer inspection revealed a Colt Police Positive Special in .32-20 WCF, a cartridge that I'm not really acquainted with.  I asked to handle the little revolver, and it seemed to have been carried plenty and shot very little.  Any shooting the little revolver endured was very gentle.  I did a quick Jim March checkout on the revolver.  It had very little end-shake, it locked up nice and tight and the action is buttery smooth with just a little stacking in double-action.  All in all, a nice little example of a police revolver from the 1920s.

Today, I went back to the pawn shop and dickered with the clerk.  I've bought several (dozen?) guns there over the years and they are very fair with me.  Very fair indeed.  I'm one of the few guys who will walk into the shop and make a reasonable offer on an old revolver.  And, in this modern era, who wants old revolvers, anyway? Especially in .32 caliber? 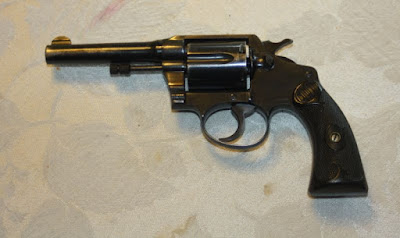 So, I filled out a 4473.  Brought the little gun home and got out the bore light.  Great jumping Jehoshaphat!  The bore is pristine.  The rifling is sharp and the forcing cone looks like it came out of the factory.    Then I checked the Colt online records.  This particular example seems to have been produced in 1928. Certainly, pre-WWII, and I'd love to know the history of this little revolver, but it looks like it spent many years in a desk drawer.  How it showed up in the pawn shop is anyone's guess.

When Milady came home, I told her that I had been a bad boy ad bought a revolver.  I told her about the process.  Then I showed her the revolver.  She's thrilled.  Now, I have to find some .32-20 WCF ammo.  It looks like it's available from several sources.

Skeeter Skelton was a big fan of the 32-20, and wrote several articles about the round and guns for it. Looks like you done good.

There are different loads for the .32-20 which are rifle-or-handgun specific, so be cautious. And make darn sure everybody's got their hearing protection on; the little cartridge has a high-pitched crack like the .357 Mag. This cartridge is the forerunner of the .30 Carbine and you'll be very pleased with it's performance. I've got several rifles and revolvers in this chambering and have enjoyed it for over 35 years.

You are going to love it. Just about the perfect cartridge for the little D-frame revolvers.

also have a look on pawn shop hallandale beach