This past spring, I bought a Ruger LCP to carry as a pocket pistol. The little .380 has become a near constant companion. I keep the dirt out of it by the simple expedient of carrying it in an Uncle Mike's beltclip from which I cut the belt clip. 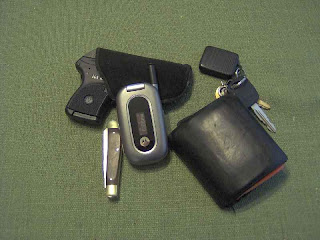 The little gun, from the first, fired Winchester White Box ammo just fine. It ran like a champ. I had also purchased a box of Remington Green Box hollow points and it wouldn't chamber that round. I asked around on a couple of forums and that seemed to be a common failing. The little pistol wouldn't go into battery with the Remington ammo, the slide stopping about a sixteenth of an inch from battery. It was aggravating, to say the least.

Until I remembered the Lee Factory Crimp die. I've used this die in other calibers and have come to rely on ammo processed through the die. The FCD post-sizes ammo that is completely loaded. I ordered one from Midway in .380 ACP, and it came in earlier this week. I ran the Remington ammo through the die and could feel the cartridges being resized. It wasn't much, but it was there. My calipers showed that the ammo was being squeezed in the neighborhood of 0.0005 of an inch. That's half a thousandth, but it was enough. 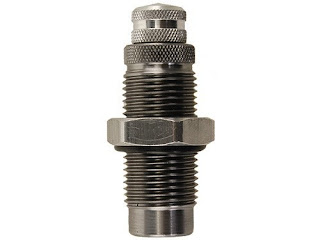 I took the little pistol out and ran it this afternoon with the Remington ammo. Bingo. It feeds, fires, extracts without issue. I'm carrying good hollowpoints now. I probably won't run any ammo through the little pistol that hasn't taken a trip through the die. The factory crimp die is that good. It's for ammo that has to work, every time. If reliability is an issue, it only takes a few minutes to run a box of cartridges through the die and it sure makes a difference in all my pistols.

I love my LCP. Come join us at the forum devoted to the LCP @ http://LCPforum.com/

It does sorta beg the question as to whether or not they have a factory crimp die at the Remington ammo factory...

I've switched to using the FCD for every caliber I load. The ONLY problem combination I still have is Gardner's Cache or NBC cast bullets .452" loads in a Kimber 1911. Those jam in the chamber no matter what I do (but all factory loads, and all jacketed or copperplate reloads work just fine).