Some Photos From ComicPalooza

When Zach and his buddy went over to ComiPalooaza this weekend, he took the camera. 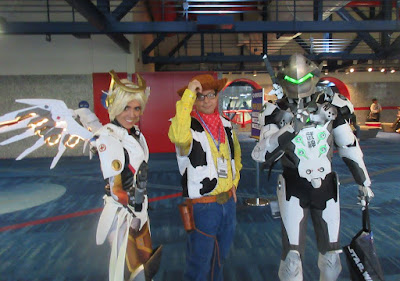 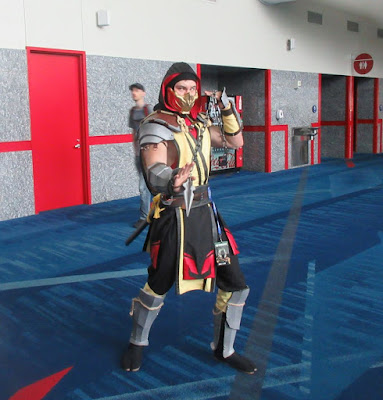 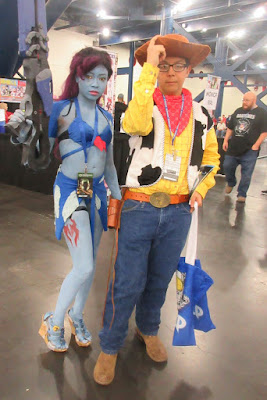 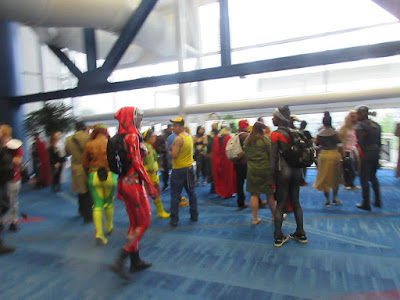 Some of the costumes were magnificent.
Posted by Pawpaw at 4:03 PM

When I was a kid (WELL into the past century!), I was The Comic Kid. I had boxes of comic books, traded them with other kids in the neighborhood ... and while I never had an DC Comics #1 or Superman #1, I probably lost something when I moved out of my parents' home and trashed them all.

I haven't read an actual comic book for decades, but I always considered them to be an unacknowledged art form.

Who knew it would become a "mainstream" (for various interpretations) cultural activity. But you have to admit, some of the costumes here are extravagantly .... something-or-other.

But I haven't given up on reading; now I collect books, mostly novels but a couple of shelves of non-fiction. I have three LARGE book-cases crammed to the figurative gills with books, and also 31 banker boxes filled with books (all novels). I separate them by author, which makes it easier to find whatever genre I am in the mood to read.

I still buy a book or two a month. How can I afford this? Easy ... I don't have cable television. If I want to watch TV, I have a couple hundred DVDs of subjects (or movies or TV series) which interest me, and I buy DVDs as often as I buy books.

My sister has warned me that I should hide the banker boxes of books, because if I have a girlfriend over for dinner she may get the impression that I am a "hoarder".

She says that as if it were A Bad Thing!