I don't know how I missed it, but the Army is changing uniforms.  When I started soldering back in the mid '70s, we wore the Army Green Service Uniform.  Also know as "Class A", it was the uniform you wore if you were in an assignment that called for "coat and tie" dress.  It looked like this: 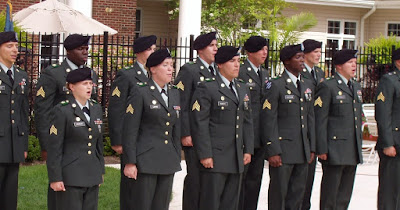 I wore that uniform infrequently, for 25 years.  If the detail required a more formal attire, such as at a function where one might wear a tuxedo, the Army Blue uniform was specified. 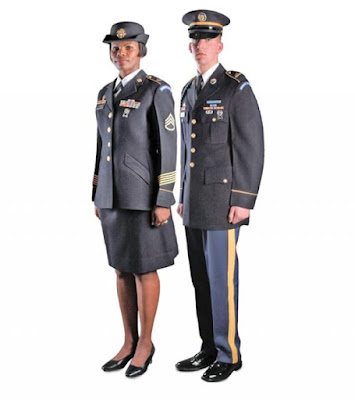 At some point, about 2000, the Army ditched the green uniform ad went strictly with the Blues.  But, every couple of decades, the Army changes clothes, and they're going retro.  All the way back to World War II, adopting an uniform that many called "Pinks and Greens".  Every WWII soldier would be familiar with it. 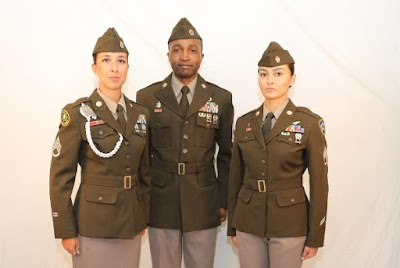 I always thought that it was a goo looking uniform.  But, I thought that it had long ago been relegated to museums and re-enactorrs.  When I was in officer training back in the early '70s we had one officer who found the WWII version in a second-hand shop and bought it.  He got permission to wear it occasionally to show the children what the WWII uniform looked like.

As long as they don't resurrect the universally hated khaki uniform.  Gawd, how I detested that uniform.
Posted by Pawpaw at 6:34 AM