Shooting in the pasture.

Today after lunch, as is our tradition, those in the family so disposed retired to the pasture to do a little shooting. We started with rimfire rifles and targets posted at 50 yards. 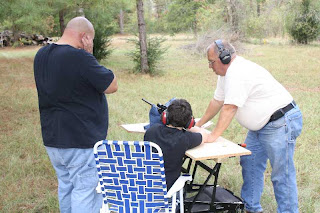 Here's a rare photo of PawPaw. I'm the fat guy on the right. I'm coaching grandson Quinton, while his Dad observes. 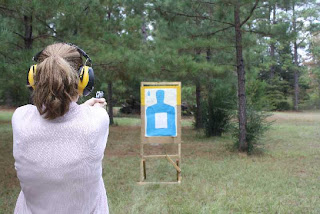 After the rimfires, we took out pistols and let the novices explore. Here, niece Rachel engages a 10 yard target with her mother's snubnose. All told, we blew through several hundred rounds of .22LR, some .38 special, 9mm, .44 special, and .17 HMR. It was quite an afternoon. 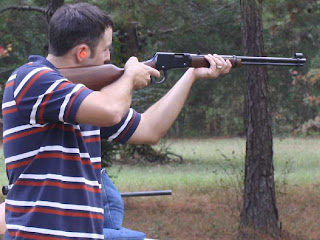 In this pic, my nephew, Trey is trying on a lever action Henry in .22LR. Tomorrow morning he and I are going to the lease. We've got a front moving through and I'm hoping that he makes meat. No, he won't be using the .22. He'll be using his Howa 1500, in .270 Win. I"m putting him on a stand that's been producing deer for several years. We'll see what happens tomorrow.
Posted by Pawpaw at 7:37 PM

Good luck on the lease tomorrow!