Six years ago, our Sheriff decided to issue pistols, and the Sheriff at the time liked the Smith and Wesson M&P in .45 ACP.  He bought a bunch of them and issued them to the deputies.  As time went on, I came to like the M&P.  I found it to be an easy to shoot pistol, and the more I shot it, the better the trigger got.  What I especially liked about it was that the barrel had standard rifling, so i could use cast bullets, and I shot a bunch of cast through it.

Come two years ago, we had an election and one Sheriff lost and another Sheriff won, as happens during elections.  The new Sheriff decided that he liked Glock pistols, so after a suitable negotiation, he bought a bunch of Glock pistols and issued them.  We turned in the M&P pistols, with the understanding that we could buy our guns if we wanted them.  But, we had to bring a money order or check, and wait unti the dealer that had the contract was able to process them in accordance with any applicable ATF regulations.  I turned mine in, in June past, and waited patiently for it to come home.

Today I got the call and went to pick up my M&P.  the same one I was issued six years ago, and the one that I carried every duty day.  It's good to have it home. 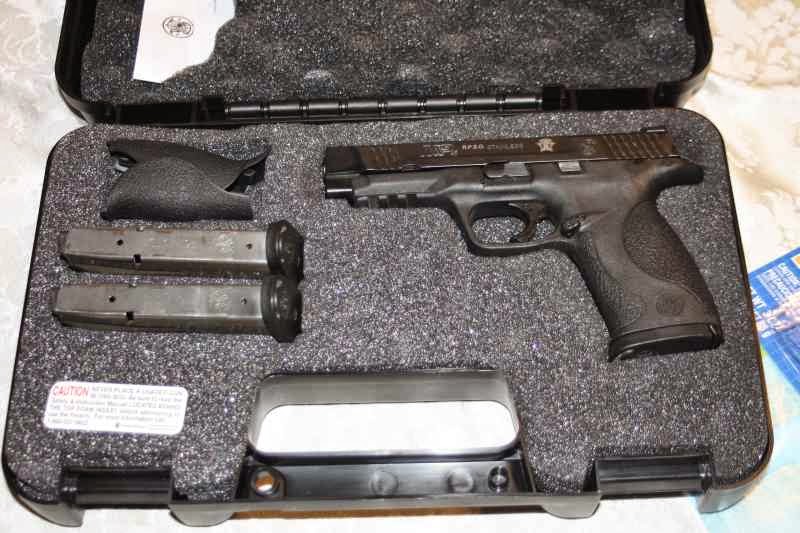 Three magazines, three backstraps, tritium sights, all the LEO goodies.  Plus, a special engraving on the slide. 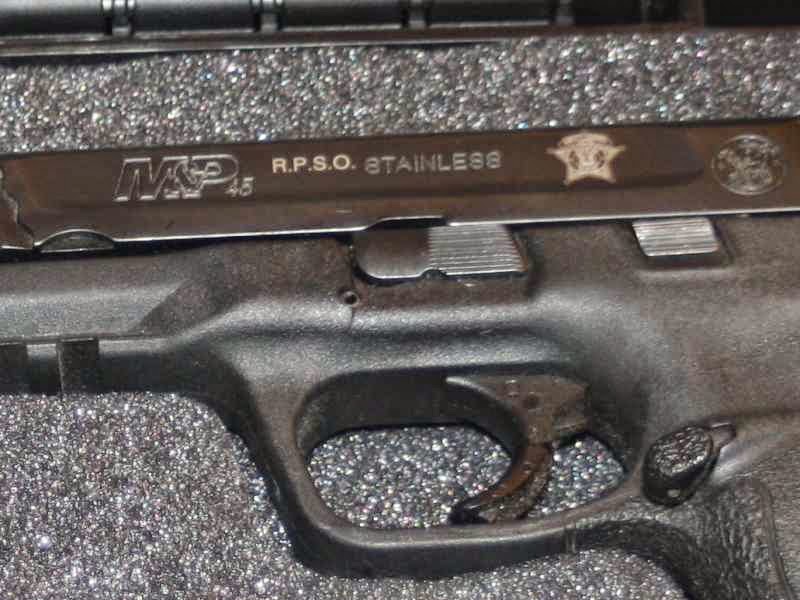 Our agency identifier and badge on the left side of the slide.  Very cool.  I couldn't let that old friend go to some nameless customer as a police trade-in.  Now, it will have a good home for a long, long time.
Posted by Pawpaw at 7:12 PM

That's great that you got it back! Nothing like an old 'friend' coming back to the fold!