The US cartridge, blank, M200 is ubiquitous in Army training.  Designed to give the port pressures of standard US 5.56mm ammo, it is used in training with a blank adapter to realistically replicate the sound and function of ball ammunition.  It's very effective in familiarizing folks with the sound of an M16.

Recently, I got a heads-up that I may be asked to do some training in which it might be effective to show folks what common 5.56mm ammo sounds like, so I started casting about for a source of blank ammo.  I was somewhat surprised that Ammo To Go stocks the stuff, so I gave them a credit card number and they promptly sent me some.  It came in today. 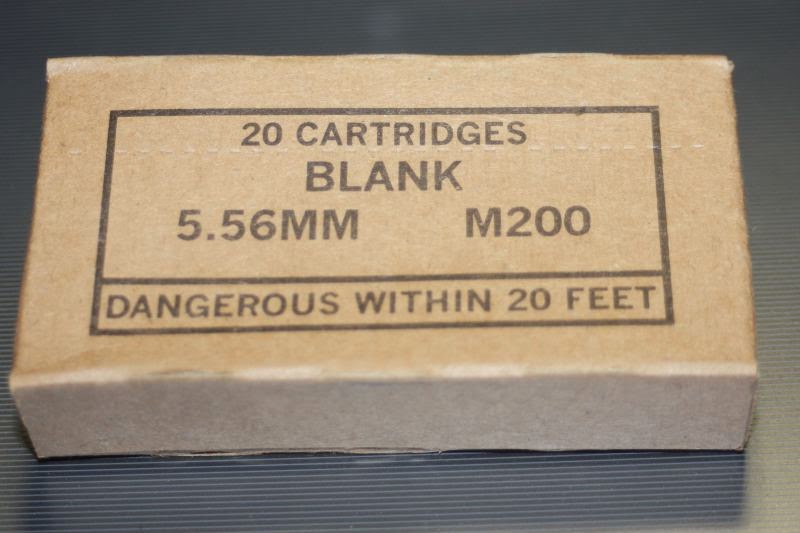 I was mildly surprised to find that it ships in the common, brown cardboard box that was so familiar to me in the early '70s.  Same stuff I shot in basic training, in officer training, and on multiple training exercises over about 25 years of soldiering.  That old cardboard box is an old friend, I've personally probably shot a couple of pallets of the stuff over those years.

Talk about a trip down memory lane.  Now, I just have to find a blank adapter.  Amazon sells them, but I think I'll look around before I make an order.  If any of you old soldiers has one, I'll make you a good deal on it.
Posted by Pawpaw at 3:53 PM

If you haven't found a blank adapter drop me an email @theotherryan@yahoo.com.

I'll send you one.