I see that Caroline Kennedy wants to be the new Senator from New York, filling Hillary Clinton's post. Lots of folks are opposed to the appointment, as her resume makes Sarah Palin look like an extremely seasoned public servant with a long history of elected offices. In short, Princess Caroline has no resume except her surname. The New York Times reports that her Highness is failing to make financial disclosure required to seek the post.

If she were applying to be, say, an undersecretary of education in Barack Obama’s new administration, Caroline Kennedy would have to fill out a 63-item confidential questionnaire disclosing potentially embarrassing text messages and diary entries, the immigration status of her household staff, even copies of every résumé she used in the last 10 years.

If she were running for election to the Senate, Ms. Kennedy would have to file a 10-part, publicly available report disclosing her financial assets, credit card debts, mortgages, book deals and the sources of any payments greater than $5,000 in the last three years.

Heaven forbid that the common folk be able to look at the personal fortune of someone who did nothing to earn it.

From Michelle Malkin, we learn of a photoshop by Tennyson Hayes that portrays the attitude of the regal Caroline Kennedy. 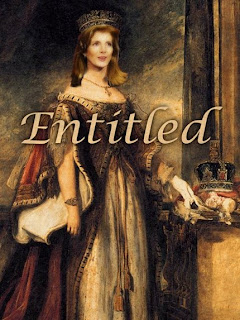 Ms. Kennedy declined on Monday to reply to those and other questions posed by The New York Times about any potential ethical, legal and financial entanglements. Through a spokesman, she said she would not disclose that kind of information unless and until she becomes a senator.

I don't have a dog in this hunt, because she won't be representing me, but I think that the last thing we need in this country are appointed Senators. If she wants the job, let her run for it. Let the voters decide. This business about appointing people to elected offices is a bunch of hogwash.

The smartest thing for Governor Paterson to do would be to hold a special election. Let the people decide.

As for Caroline, the hell with her.
Posted by Pawpaw at 5:49 PM