The only two photos I've been able to find from my military career.  Film cameras being what they are, I'm sure that I have more in a box in the attic, but these are two that I've kept in digital format. 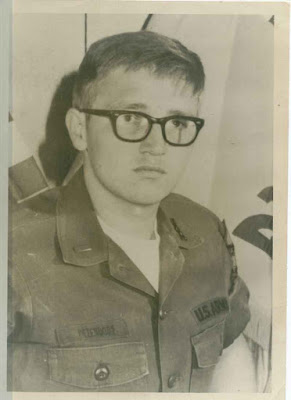 My command photo,taken shortly after I assumed command of Co D, 2d Bn, 4th Bde at Fort Knox,  probably taken the winder of 1978.  Those were the days of starched fatigues, white tee-shirts, and black combat boots.  I was promoted to 1st Lieutenant in April of 78, so this picture was taken prior to April 1079. 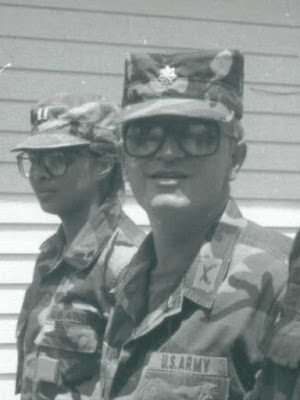 Ten years later, summer of '88, I had just made Major the prior spring.  This photo was taken at Fort Polk, lA during annual training.  The young captain to my right is Debra Williams.  She was working on her dissertation and went on to gain her doctorate a year or so later.  By this time the Army had transitioned out of cotton fatigue uniforms and we were wearing woodland camo BDUs.  And, of course, black, polished leather boots.

The next years, we were both called to active duty for Desert Storm.

The soldiers today are wearing digicam and brown, rough-out boots.
Posted by Pawpaw at 5:00 AM

Thank u Dennis for your service! We love you!

Thank you for your service. SGT Army two Iraq tours.