I see that the Iowa Legislature is considering a bill to let children under 14 years of age handle handguns with adult supervision.  Seriously?? I had to read that twice to make sure I got it right.


House lawmakers debated a series of gun bills Tuesday including one that would allow supervised children to use handguns.

The bill would allow children of any age to use handguns with adult supervision. Current law prevents anyone under the age of 14 from using handguns.

Here in Louisiana, we or them a bit younger than 14.  Especially in PawPaw's family.  If you can't run a handgun by the time you're 10 or 11, we've neglected your education. 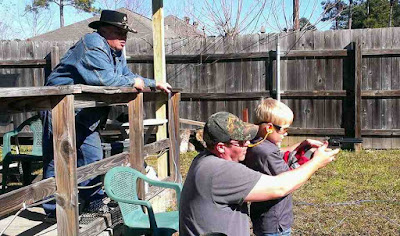 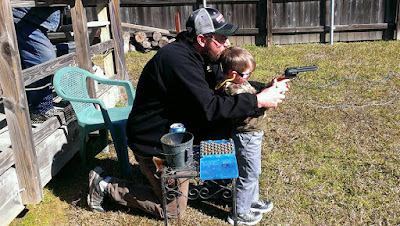 It'll be a few years before either of those kids are 14, but they're well on their way.  By the time they're 12 or 13, they'll be looking like this: 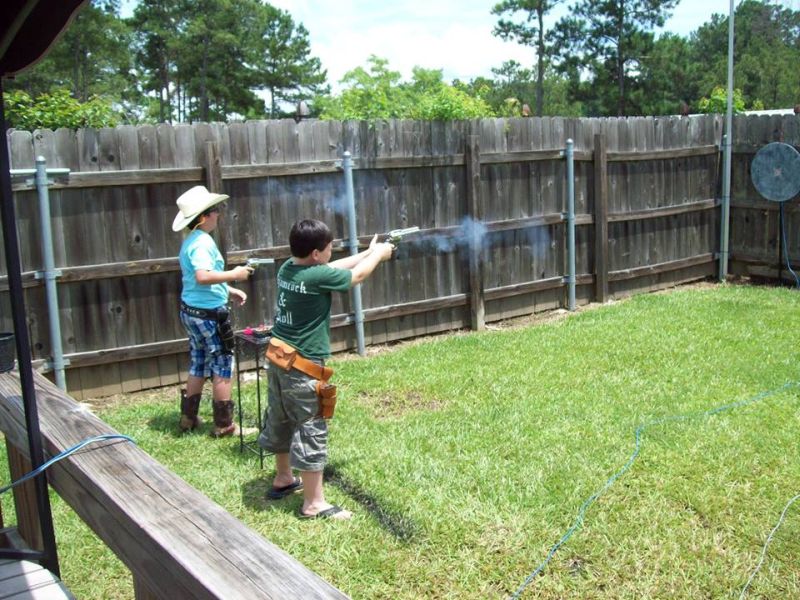 PawPaw loves bragging on his grandkids, and mine are the finest in the world.

But, some Iowans are freaking out, like it's the end of the world.


“What this bill does, the bill before us, allows for 1-year-olds, 2-year-olds, 3-year-olds, 4-year-olds to operate handguns. We do not need a militia of toddlers. We do not have handguns that I am aware of that fit the hands of a 1- or 2-year-old,” said said Democratic Rep. Kirstin Running-Marquardt.

Iowa needs to get a grip.  Training kids to be safe with handguns should start at a young age.  While I admit that a toddler might not know enough to be trained, but PawPaw will attest that by the time they're four or five, they can start learning.   With close adult supervision, good training habits, and a healthy regard for the attention span of children, any training can start early.

Somebody once said:  Train a child up in the way he should go, and when he is old he will not depart from it.
Posted by Pawpaw at 3:30 PM

I can't help but 'wonder' where those folks that are pushing this moved from to get to Iowa... I 'learned' about pistols at 9, first shot one at 10 (SAA in .45 Colt)

Gotta love the fact that the ignoramus quoted opposing the bill has a hyphenated last name. Grrrrrrrl power! /sarcasm. My favorite bit? "We do not have handguns that I'm aware of..." Yeah, I'm pretty sure she isn't aware of a lot of things involving guns, other than "they're scaaary!". *sigh*

Miss Chelle said...
This comment has been removed by the author.
1:56 PM