While I was traveling yesterday, the NOAA upgraded a small disturbance in the Atlantic to a tropical storm.  Our first of the season, it got organized pretty quickly and looks to be poised to threaten the East coast this morning.

So, there you have it, the first named storm of this season, and about to dump copious amounts of rain on the Atlantic coast over the next several days.  Y'all batten down the hatches, Arthur is about to come a-visiting. 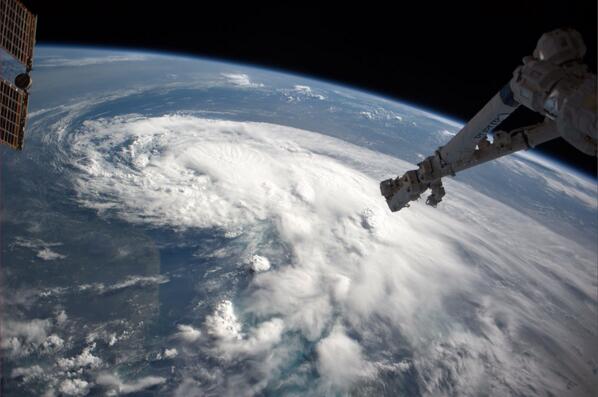 He says it looks mean, hopes it heads out to sea.
Posted by Pawpaw at 6:08 AM

"Our first of the season, it got organized pretty quickly and looks to be poised to threaten the East coast this morning."

And that, folks, is why the East Coast is kept where it is. Outside of the borders of civilization and the lands of good manners.