When the contractors installed the pool several years ago, they got just a little sloppy (or didn't think about) the concrete deck that they poured around the pool.  When it came time to start considering this patio project, simple measuring revealed that the pool deck wasn't square with the house, being about two inches out of square from one end to the other.  I consulted with my sons, who provided good input varying ideas, and valuable advise, but the consensus seemed to be that I should add concrete to the bothersome edge of the deck to make it square with the house, so hat pavers could be laid in a visually appealing manner.

So, two days ago I began digging to lay forms, construct the forms, and backfill so that I could add concrete to make the pool deck "square with the world".  I also did some judicious measuring to make sure that the pavers would fit into the hole I had created. Tuesday was dedicated to building the form for the concrete. about four inches on one end, about 2 inches on the other, but everything being 12 feet from the back edge of the house.

In the picture below, we see the form, and my measuring tape in the top of the frame. 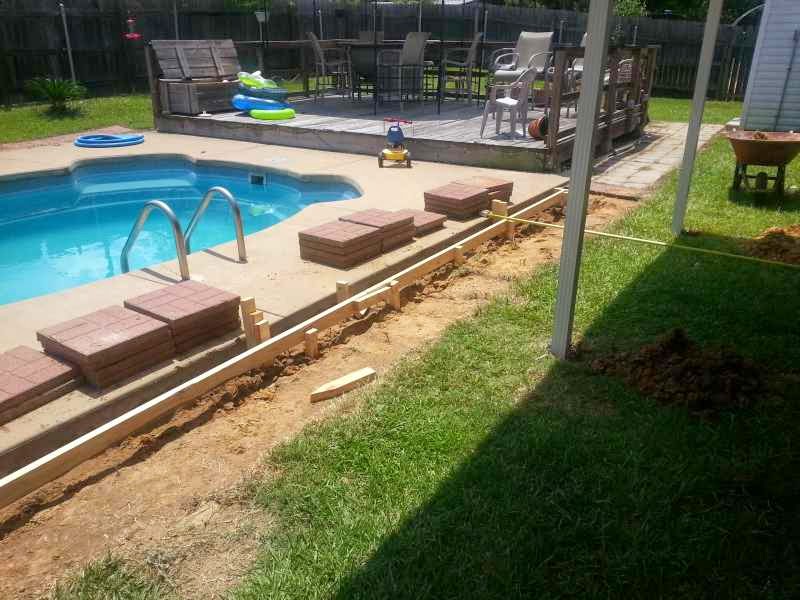 Yesterday, I enlisted the aid of two grandchildren.  I claimed PawPaw right, and told them I needed them, pressing them into service.  they told me they'd be there after chores.  While awaiting them, I went to the Quikrete website, looked at their online calculator, and estimated the amount of concrete I needed.

Once the boys arrived, we headed to the lumber yard for concrete, came home, and commenced pouring the slab.  We worked like little monkeys for about two hours, because concrete waits for no man.  We got into a rhythm, each  of us at a particular part of the mixing, pouring, finishing routine and suddenly, we were through.

I have to give it to the Quikrete guys.  Their calculator was spot-on.  When we finished pouring the form, I had two-handfuls of concrete left.  After finishing the rolled edge, we found a nail and etched our initials in the semi-set concrete, a time honored tradition in Southern concrete work. 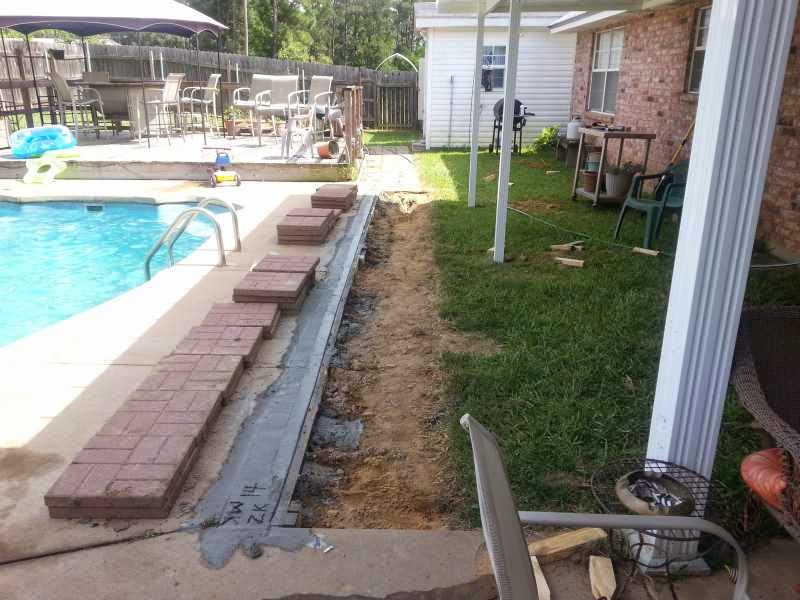 Elder grandson (who is driving-age), took a glass of water, while Milady slipped him a few bucks for his time, then decided he needed to be elsewhere, doing teenager things.  Younger grandson decided to hang out for a while. 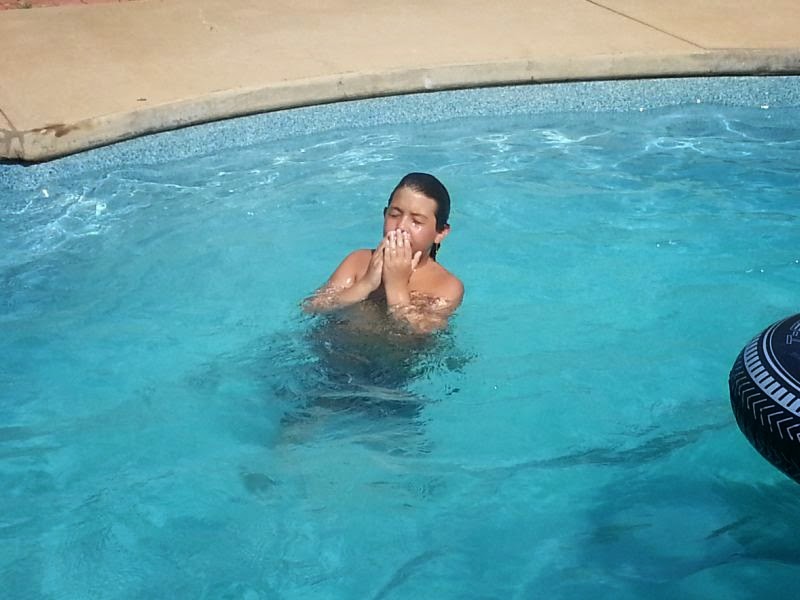 PawPaw decided to slip on a bathing suit and join him.  We swam for an hour or so, then Milady dispatched me to the local pizzeria for pizza.  A nice refreshing swim, and a good pizza is the perfect end to a day of concrete work.
Posted by Pawpaw at 8:25 AM

My gkids aren't old enough for such work yet, or they would be here. The kidz are 40+, so they don't think they have to help.

We used to leave a new penny heads up under the pour.