In the previous post, Old NFO says in comments:


That little skinning axe is neat! I need to find one of those... I've got a hatchet and a full sized axe, but that's it.

You may have a hatchet, old hand, and if you do, hang on to it, save it, because it's a rare bird indeed.  A true hatchet is an archaic tool, used around the farm, and often confused with the hand axe.  A hatchet has an axe blade on one end, and a true hammer head on the back side.  Like this 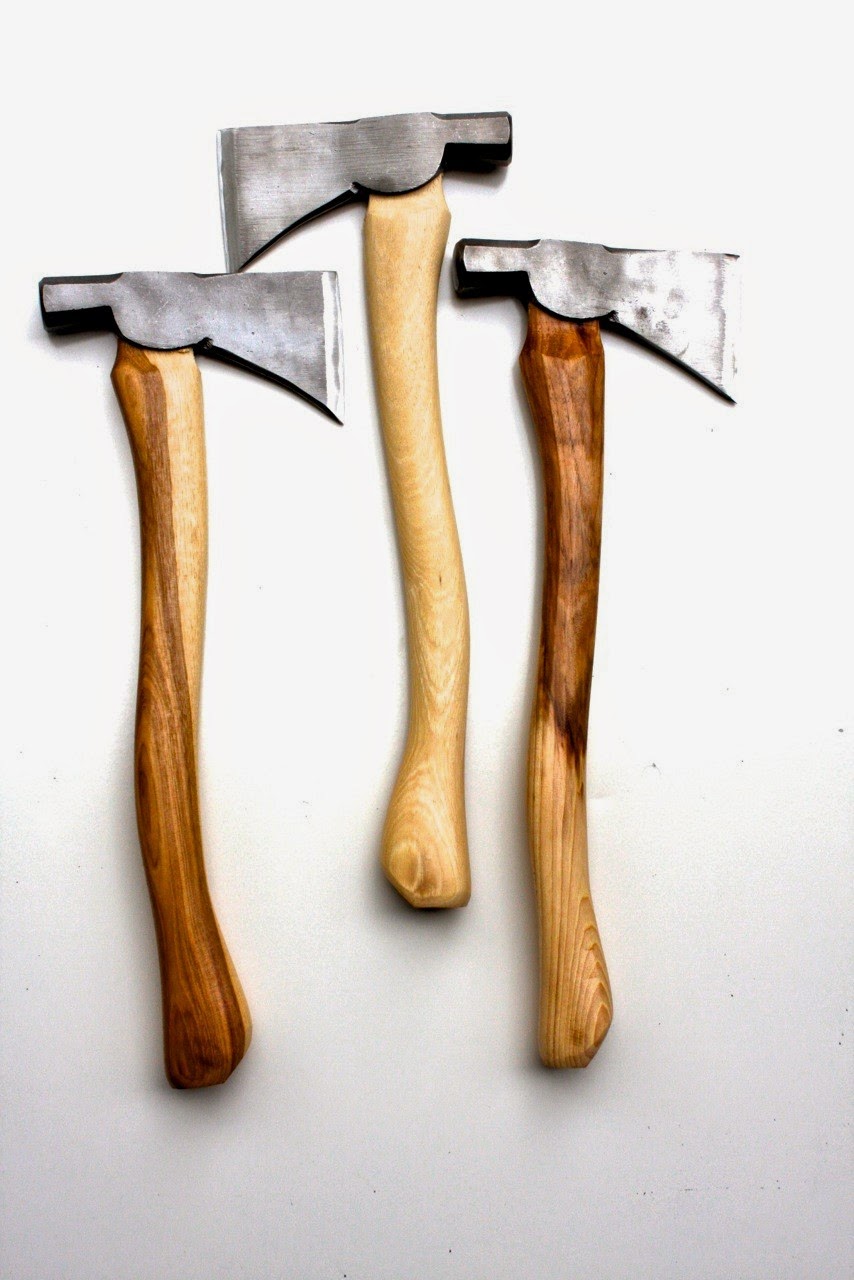 : You don't see many of these any more, because they are difficult to make properly.  The hammer head has to be hardened and the axe blade has to be a little bit softer.  It's hard to make a true hatchet, so manufacturers have pretty much dropped them for the more ubiquitous hand axe, which looks just like a short axe. 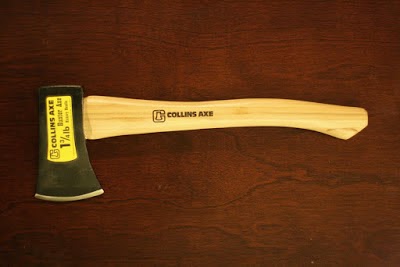 Of course, every culture has a hand axe, as they are very versatile tools.  One in particular comes up from time to time, the broadaxe, which is often though to be a tool of war, but was really designed for hewing logs, making joints, and making staves.  Most broadaxes are normally forged with a flat side and a beveled side, so that the artisan could control the way the axe cut wood.  Below is an example of a broadaxe.

That's a very nice example of an old broadaxe.  It looks like it has a new handle, which is fairly common on using axes.  My old grandad had an axe that he claimed was original, but it had been through four handles and two heads. Yet, he claimed it was the same axe.  I think he was pulling my leg.

Of course, when we're talking about hand axes, we can also talk about the ancient stone axes found all over the world, the tomahawks, the asian axes, indeed, there are thousands of variations.

Like I said earlier, I'm no expert on axes, but I have a working knowledge, and they're a fascinating study.
Posted by Pawpaw at 6:00 AM

A limbing axe with a 2 pound head and a 24 inch handle is a great tool for building a camp fire, work around the house and if you live in Ferguson a handy defense tool.

I don't recommend it for the last use, but it is about the same size as many medieval war axes and war hammers.

Double bitted axe is still my favorite. Growing up in SW WA, I didn't ever see a single edge axe out in the woods for serious work. Nothing better for limbing and cleanup when falling. Single edge axes were for around the camp fire and maybe the woodpile.

We didn't have a chain saw till after my oldest brothers went out into the world. Dad splurged on a little Stihl so the two us alone could make better time on the wood lot. Up till then we cut everything
with a Swede saw -- there's a skill and rhythm worth teaching the kids.

Best little hand axe I've ever used is an OLD roofing hammer, with a single-bit axe face, and a for-real hammer head on the other side, mounted on what is basically a claw-hammer handle. I have one that's on it's 3rd handle (that I know for sure) and I'd rather go to the woods without my pants than without that axe.