I did something this morning that I haven't done in twelve or fifteen years.  I went squirrel hunting.  I had to put up my deer feeder o the family land, and I took along my shotgun in case I saw a squirrel.  After the feeder was installed, I loaded the shotgun and sat down in the woods to see if my old eyes could still see a squirrel.. 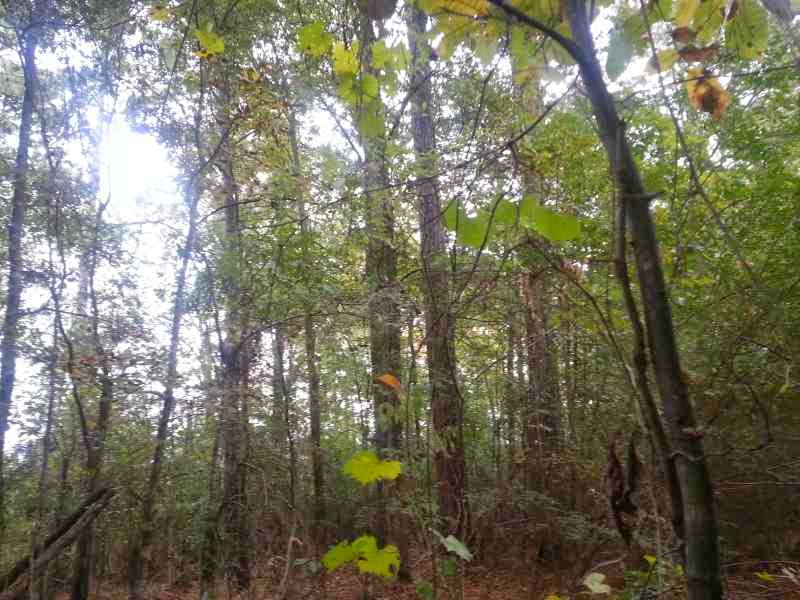 That's my idea of squirrel woods, mixed deciduous forest with a few pines sprinkled in, this is along the back of my family land.  I spent about two hours there, listening to the woods, watching the wildlife, and feeling the stillness of a quite morning.

I did see squirrels, two of them, a long ways off on neighboring property, so I didn't shoot, but I was gratified to learn that I could still see a squirrel in the tops of the trees. 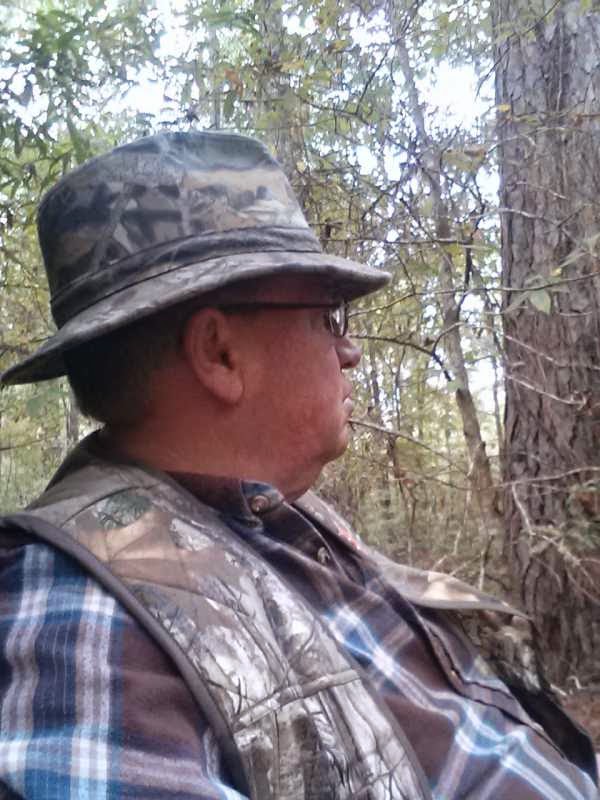 PawPaw in the squirrel woods.  I'm not a big fan of camouflage., although I do like my hat.  I guess that's too many years spend in camouflage when I was working for the Army.  A flannel shirt suits me just fine when I'm squirrel hunting.

The Weather Service tells me that w're getting another front tomorrow, and while I was in the woods, I heard a large flight of geese go overhead.  I didn't see them for the clouds, but they seemed to be white geese  (because of the ruckus they were making) and they were headed for the swamp to my north.About nine o'clock the wind picked up, waving the tops of the trees, so I decided to walk back to the truck and head home.  I didn't kill a squirrel, but I don't have to clean any, either.  I did get to spend a couple of hours in the woods, which suits me just fine.
Posted by Pawpaw at 9:39 AM

Hours spent in the woods are some of the best a man can ask for. Well that and playing golf with my grand son.