Last week when we went shooting, some of the smaller grandkids pitched a fit, because they never got to go shooting, so PawPaw decided that this Sunday would be a rimfire day, and the youngest members of the family who wished for trigger time would get an opportunity to participate. 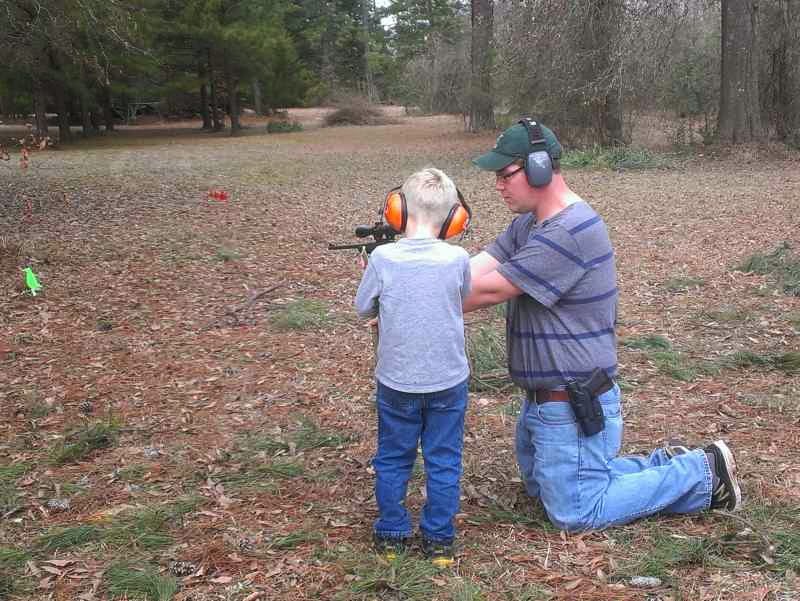 Here, grandson Ely, coached by his father, engages a small blue crow (center left of the photo) with a .22LR Cricket rifle.  The crow wobbles when hit, and the crow wobbled quite a bit during the course of the day. 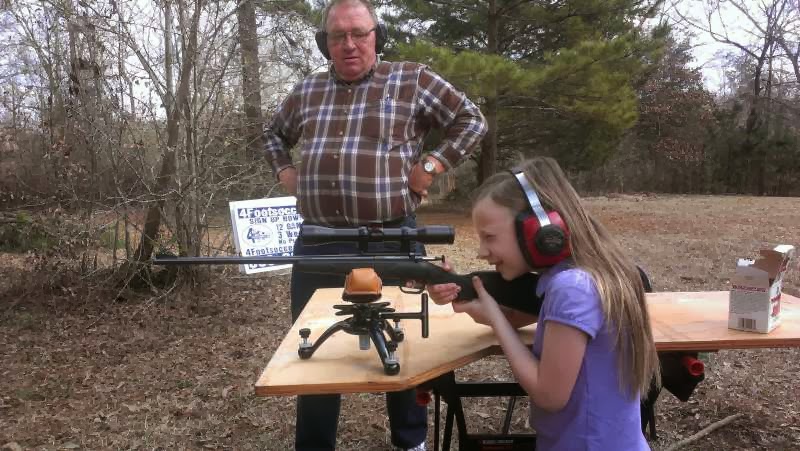 Here, Jada-bug, another minuscule member of PawPaw's clan, explores the mystery of the .22LR cartridge, coached by PawPaw hisself.  Jada kept trying to engage the 100 yard gong and was considerably exasperated when it didn't move as she struck it.  She did make that crow wobble quite a bit.  During the course of the day, she warmed up to shooting quite well.  I think I may have another shooter on my hands.

PawPaw didn't get much trigger time today, coaching the little ones.  I'll get my range time later, but I see now that I need a few more reactive targets.  The little ones like seeing something move when they shoot it.

I'm glad I stocked up on rimfire ammo when I had the chance.
Posted by Pawpaw at 7:22 PM

My favorite reactive targets consist of some lengths of 1x4 with a saw kerf in one edge. Stand the 1x4 on the ground and put soda crackers or NECCO wafer in the kerf. Shoot until the 1x4 is pretty well shot up and change 1x4's. Cheap and fun. Plus the "Little Brothers" get a treat when the shooting's over.

Bracing the 1x4's with some sacrificial tent pegs is a good idea.

Looks like a great day, and when you're 'growing' new shooters, spending time with them is priceless!