My daughter told me that she wanted to do some shooting today, so we slipped off after lunch for an impromptu family shoot at our private range. 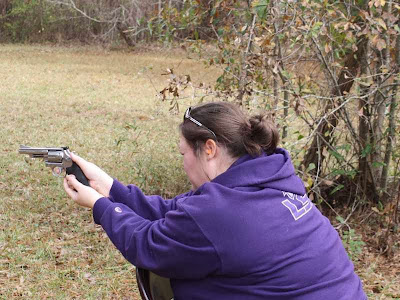 That's darlin' daughter trying on my Smith and Wesoon Model 66.  She likes that gun a lot. 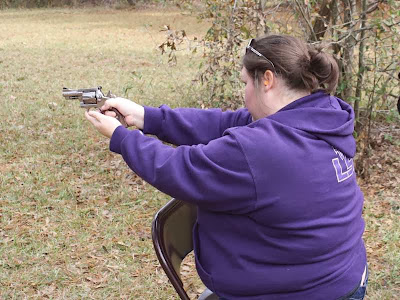 Then she tried her brother's Ruger Security Six.  She liked that too.

We had other shooters as well.  Like grandson Elyas, trying out his BB pistol. 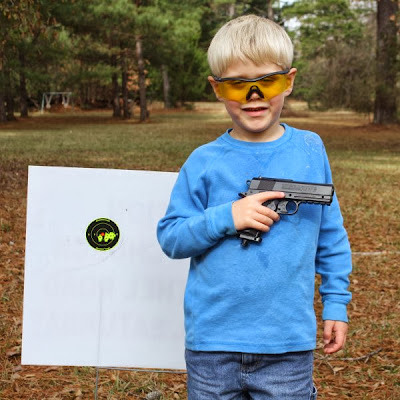 He ate the center out of that target.  Shooting glasses, indexed finger, his Dad is teaching him well.

Grandson Jeffrey had to try out his new rifle.  I gave it to him for Christmas, it's a Remington 700 ADL in .308 Winchester, and I've had that rifle since 2011.  All my rifles are destined to belong to the grandkids, and I though it was his turn. 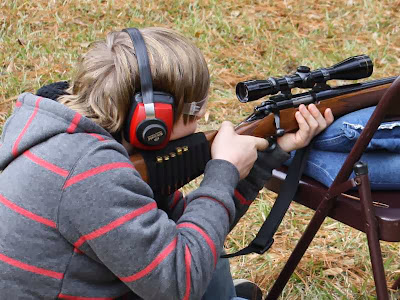 He's hitting well with it and it should serve him properly the rest of his life.

The family that shoots together stays together... and that is a nice looking rifle! :-)