If you're into rifles, you've probably invested a goodly amount of money in bases, rings and assorted paraphernalia for mounting scopes. Rings cost money, bases cost money, and sometimes the combination of both add a goodly amount to the base price of the rifle. And, there are different systems for mounting a scope to a rifle. There is the Weaver system which uses a rail, and I include Picatinny rails as a subset of the Weaver system. Then there's the Redfield system, which uses turn-in bases and rings. Both Weaver and Redfield are solid systems, both have their adherents, and I use both systems, depending on my particular purpose.

In 1968, Bill Ruger began production of a standard sporting bolt action rifle. The Model 77. Early models were round-top recievers, but soon thereafter he began milling the scope base directly into the top of the rifle. If you wanted to mount a scope, all you needed was the rings, and Ruger often shipped the rings with the rifle. However, guys who swap scopes from one rifle to another soon found that the rings on a Ruger rifle aren't the same size. Oh, no. The front portion of the rifle is higher than the rear portion, so for the scope to align with the bore, you'll need two different ring sizes. 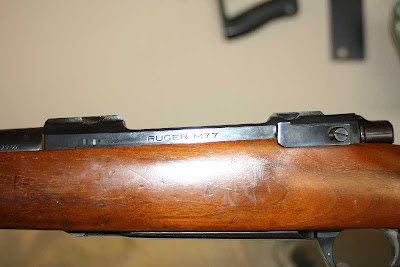 So, the system evolved to use basically four ring sizes. You could call these short, medium, tall, and extra tall, but nowadays they are simply called #3, 4, 5, and 6. With those four rings, you can mount almost any size scope to your Ruger 77. 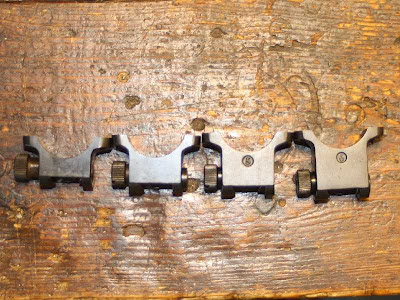 Some folks don't particularly like the Ruger system, but I find that it serves me just very well. It's served hundreds of thousands of riflemen just fine over the years. I can buy rings at my local gun store for about $35.00 apiece, with tax, out the door, and if I need one ring, I can buy one ring. Not a bad option for mounting a scope.
Posted by Pawpaw at 11:32 AM

In 1968, the first year of our marriage, The Missus gave me a Ruger #1 in .308 Win. for Christmas. It still wears the Weaver K-4 which was the best scope I could afford, in the rings that came with the rifle. The scope was installed by the Late Stan Baker and is as solidly attached as the day he handed the rifle back to me over his counter.

Thank u share your blog, Best Waterproof Monocular Telescope From World War I through modern deployment, Winchester remains steadfast in supporting Warfighters A.S. In addition to supplying officials u.s. With the ammunition they counted, Winchester also generously supports the causes of the military and veterans as a way to thank those who serve and to respect the falling memories.