However, the Corbin Co has been making dies that can be used for swaging, and some guys have taken to the hobby with an innovative approach.  This afternoon I was surfing around this forum and found some neat pictures of bullets that were made from discarded 9mm brass. 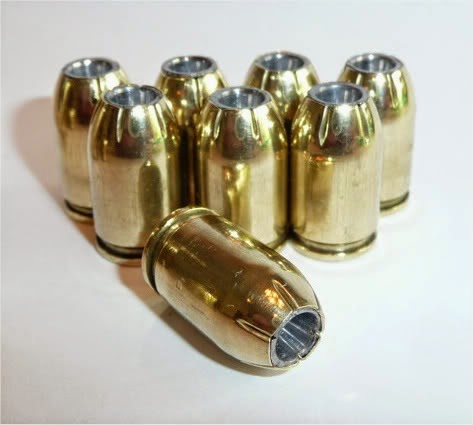 Yeah, those are bullets, made from discarded 9mm brass.  After being filled with lead, the bullets are formed in one of several forming dies, then loaded as usual, in .40 SW brass.  Who realized that discarded 9mm brass is the correct size to go down a .40 SW bore? 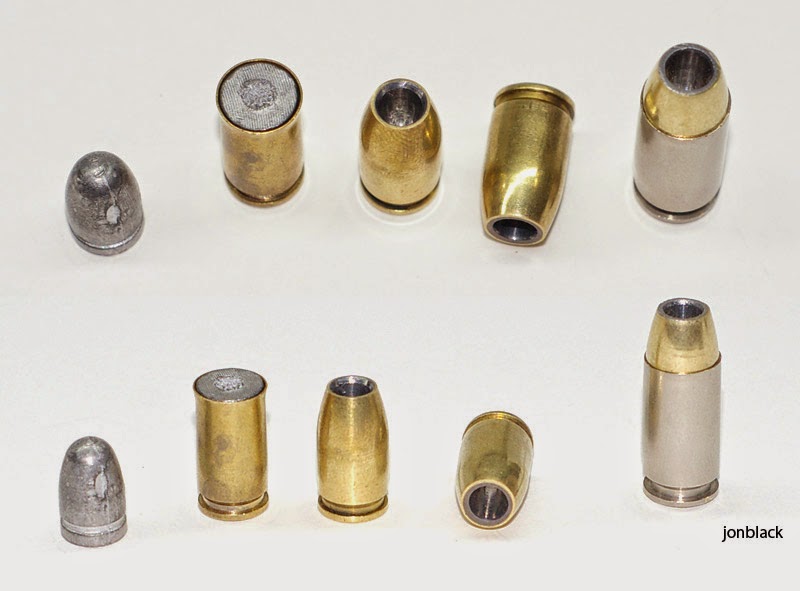 A pictorial view of the process, above.  I know just enough about the process to be mystified by it, but I think that it's a spiffy way to use discarded brass.  I know that a hobbyist can make 5.56 bullets from discarded .22 rimfire ammo, ad some wags have said that .30 cal bullets can be made from discarded 5.56 brass.

I see on the bottom photo, a photographer's mark.  I don't know who jonblack is, but if anyone can tell me, I'd be happy to give him a link.
Posted by Pawpaw at 5:43 PM

That is definitely different! :-)

That would give a forensic lab fits. Looks like the top one is made out of 40 S&W to fit 454 ACP.

go to castboolit.com They have a whole section devoted to swaging. One contributor Bsniper sells all the dies to make bullets out of spent pistol casings. The price isn't bad and you can make some of them using only one or two dies and a regular reloading press Lee sngle etage for example. Now of course once fired brass is hard to get thanks obama