The Smith and Wesson Model 38 revolver is an iconic piece, immediately recognizable from it's humpbacked hammer shroud. You either love them or hate them, but it's been a pistol long recognized by firearms enthusiasts. It's a lightweight, aluminum frame revolver chambered for the .38 special cartridge. It's also known as the Bodyguard

Probably the most iconic image of the Bodyguard revolver is that unforgettable image that comes from Vietnam. Graphic in nature, the image shows Vietnamese general Nguyen Ngoc Loan shooting a Viet Cong captain named Bay Lop in the head. Historians agree that General Loan had sufficient justification for shooting Captain Lop, but this image is one that is forever tied to the Model 38. 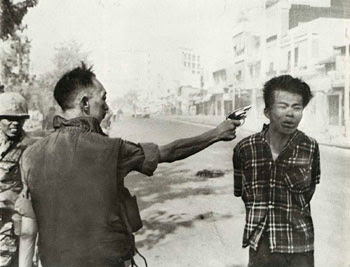 My daughter-in-law wants to get her concealed carry permit, so I've been shuffling around, trying to find a suitable firearm. She told me that she liked a .38 special revolver, and she really likes my Model 60. She prefers a steel frame for the weight, which tends to mitigate recoil. In my browsings, I happened to stumble across a Model 38, and while I've never owned one of those revolvers, I've always wanted one. This morning I went to look at it again, did a Jim March Checkout and found the revolver to be solid. It's pinned, but SW never recessed this revolver. Herrit grips, which seem to fit my hand particularly well. The price was such that I promised the counter guy I'd never discuss it. He treats return customers surprisingly well. 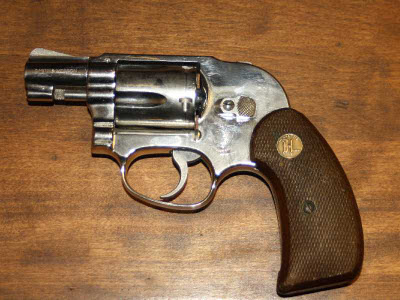 After I got home, Milady happened to see it and wanted to inspect it more thoroughly. She then exclaimed that this is the revolver she wants to use to get her concealed carry permit.

Next time bring home a Desert Eagle! I have a Taurus Model 85 38spl+P that I bught for the wife. It's very similar to your S&W. She likes it and I like it for her as it's simple. Just point and shoot.