Back in 1991 I was a stuggling cop with a growing family, trying to outfit the growing kids with things like shoes and jeans. I wanted to buy a rifle for my son to hunt whitetail deer with me and in a used gun shop I stumbled upon a Revelation Model 205, a lever action rifle remniscent of the Marlin 336. Later, during my research, I learned that this particular rifle had been made by Mossberg for the Western Auto chain stores. Still, it was a knock-around lever action .30-30 and my son carried it hunting for several years. We lived in the country then, and the rifle accounted for it's share of varmints, to include alligators in the pond.

Sometime around 2000, the rifle started exhibiting a tendency to fail to feed. It would hang up tighter than a bank vault. I took it to a gunsmith and he told me that the rifle was worn out. Worn out. The receiver is two piece, an aluminum inner and a steel outer and according to the 'smith, the aluminum inserts in those rifles would wear out. 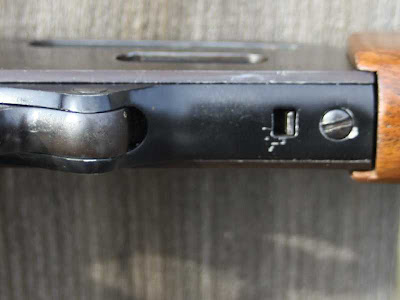 "What can we do about that?" I asked.

"You can say you wore out a rifle."

I took it home and put it in the locker. Eventually, my son claimed it and I forgot about it. My second son, Matthew, is a master mechanic and loves a mechanical challenge. Yesterday, he came by the house and told me that he had something in the truck. When we walked out to the truck, he handed me the Revelation.

"Here ya go, Pop! I rebuilt that old rifle for you."

I was stunned. The rifle he handed me didn't look anything like the old rifle that I remembered. The stock had be refinished and the action slipped open like butter. "What did you have to do to it."

"I finally decided to take it apart and see what the problem was. There was a pin, and a spring, and the e-clip on the pin was missing. After I figured out how it was supposed to work, the rest was fairly easy. While I had it down, I refinished the stock, media blasted the barrel bands and cleaned it up a little bit." 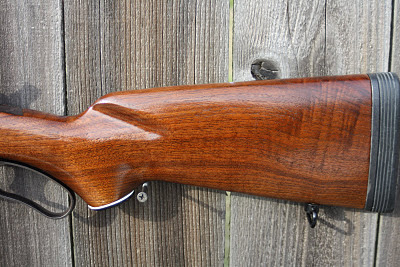 "Well, damn, son" I objected, "I bought that rifle for you."

It's in the corner near the desk. I'll play with it a bit, maybe kill a deer with it, and when his son is old enough, I'll have a story to tell him.
Posted by Pawpaw at 4:09 PM

That's a keeper for sure now.

No way you could ever get rid of it.

Nice wood in that stock.
Fine work by your son.

That is DEFINITELY a keeper now! Great story, and nice work by your Son!

That is a wonderful story.
So the rifle really wasn't worn out, then.

As a tangent, I can't imagine either group of the people Leftists want to be armed could view a firearm with the same sentimentality, or actually DO what your son is able to do (I doubt the repair involved an on-line computer game and a joystick).

I have a 205 that I bought from a family member 40 years ago as a teen and it was rusted solid and the paint was peeling off the wood. I stripped it down and reblued it and put a true oil finish on the wood. I hunted with it yesterday.

i inherited one of these from my grandfather when he passed in '02 and have used it my fair share in the woods and have had the same issues coming up and am glad to have found someone that took it apart and actually fixed it. the local guy told me to just buy a new one, i would rather put the work in and get this back to shape. good to hear that it can be done.