That Boy scout story and recipe / method would be of great help to me this summer ... (I'm not quite the from scratch and improvise cook that you are)

Heh!  Back in 1980 I was part of an Order of the Arrow lodge, Ouxouiga Lodge, based in the old Attakapas Council of central Louisiana.  Both the lodge and the council are now defunct, being absorbed in other Scouting organizations, but at the time Ouxouiga (Ox-wee-ga) Lodge was a going concern, with several hundred active members.  In March of that year we hosted the annual section conclave at Camp Attakapas, and we expected upwards of 500 members to descend on us on Friday night and stay with us until Sunday morning. 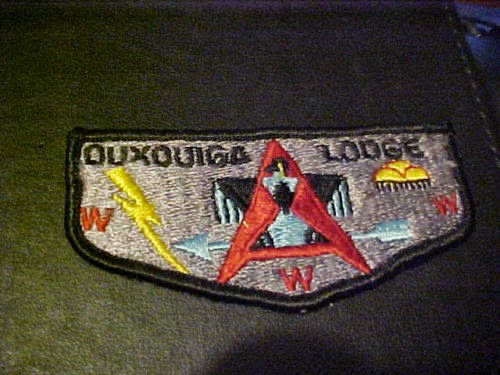 I was tasked with helping the kitchen staff, and we got to the camp early and set up big dining flys outside the back of the kitchen where we could prep and serve food.  The chief cook, a fellow named Gary, decided that in addition to the normal standard meals, that Red Beans and Rice would be available at all times in case someone got hungry.  So, we commenced to soaking beans in two pound lots.

We're talking about those big steel industrial soup pots  We'd generally have three of those going at all times.  One soaking, one simmering, and one that folks could serve themselves from.  All of the meat trimmings from the various beef entrees went into the bean pots.  As I recall, the old Cudahy packing company had donated some beef halves, so we cut those up and cooked them on big pits. Great hunks of bloody beef, cooked on hardwood fires to be served to hungry Boy Scouts, with the fixings, it was quite an operation.

And the entire time, on a small propane camp stove out back, red beans were bubbling, ready at a moments notice to serve hungry boys.  Even at 3:00 a.m., those pots bubbled, kids or adults would come through and get a bowl of beans.  Each pot was different, because the cooks rotated through and seasoned them differently, and whatever portion of meat was being sliced, the trimmings found their way into the bean pot.  Nobody went home hungry, and when it was over, the conclave was considered a huge success.

I think we wound up serving 50 lbs of dried beans that weekend, done up in two pound batches.

Thanks for the memories.
Posted by Pawpaw at 3:30 PM

Hehe. As a Camp Director who has weathered a conclave or two, that sounds like a fun time.

As a guy who's day job is to wear grey shoulder loops, we all heartily appreciate our volunteers.