ABC News reports that a California couple received a voter registration card from Covered California with the box pre-checked for the Democratic Party.  They're considerably confused, because they're life-long Republicans.  From ABC News. 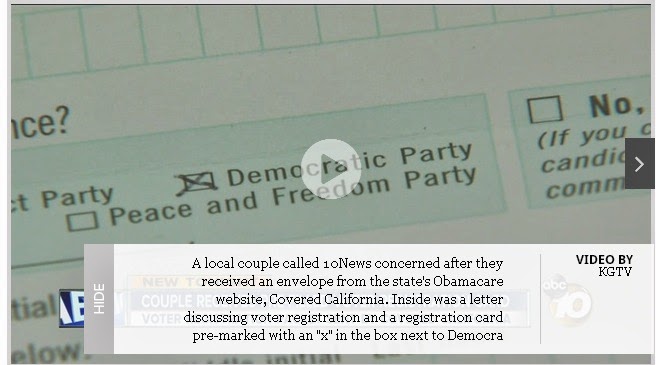 The Democratic Party is a corrupt organization and the RICO statutes should apply.
Posted by Pawpaw at 8:55 AM