Sometime this weekend, I found that the toilet in the bath-house wouldn't flush.  Oh, it would flush all right, but the bowl would fill and the water would sit there and drain out slowly.  Very slowly.  So, today I determined to find the source of the stoppage. 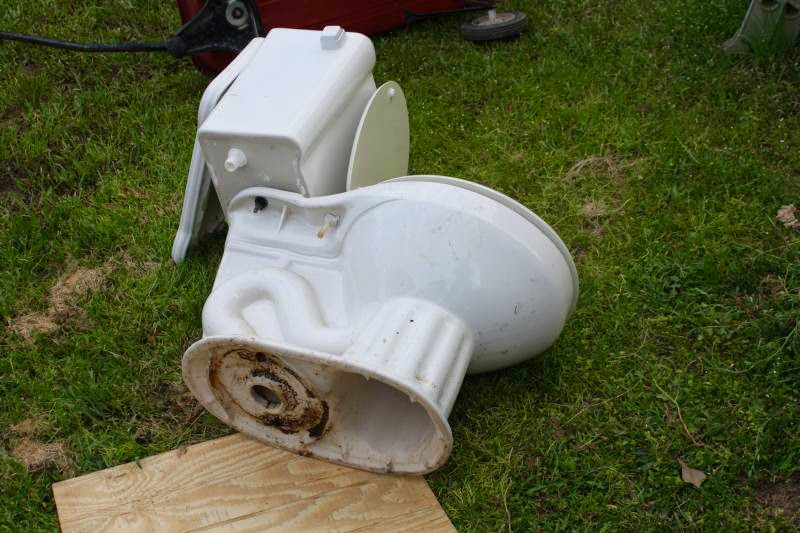 Got home, removed the toilet, and found a Bic Lighter wedged crosswise in the outlet with a huge wad of toilet paper and other biological material behind it.  I decided that I had the toilet out of the bathhouse, so it was time to give it a good cleaning.  Started cleaning it, then found a crack, from the base to the bowl.  Cursed like a shipwrecked sailor.

You see, I had been seeing a little water on the floor of the bath-house but couldn't figure out where it was coming from.  Now I know.  Cracked bowl.  Leaking.  Cursed some more.  Got in the truck and went to Lowe's.  Bought a toilet.  Lowe's gives a Veteran's Discount.  Imagine that.  About 10%.  Hooray, Lowe's.

Came home, installed the new crapper.  Threw the old one out in the backyard.  Probably going to plant daffodils in it. (not really, Milady wouldn't stand for that).

I've got the Bic Lighter, and one of my kids is going to admit to ownership.  Then they'll be reviled.  There is no sense flushing a Bic lighter.  However, the bath-house has a new toilet, and PawPaw is having a drink.
Posted by Pawpaw at 6:44 PM

Not the most pleasant job. In our case we cracked the tank lid and tank... we thought about buying the still available repair parts (because it was a 3.5 gallon flush toilet and screw you EPA et al) but that cost more than a complete replacement.

Got another word for you, tulips

You did know, I hope, that if you have a MyLowes card, you get a 10% discount. Our Lowes here will give you both of them.

Saved me a ton of money on The Boss's last project!